When your computer/laptop starts functioning slower than it usually does or lags when you open multiple windows, you must understand that it requires an update. Have the best laptop upgrade services in Cambridge that you can avail to boost your laptop or PC.

By putting money into purchasing small PC hardware from time to time, you can make it work for many years to come without needing to replace it altogether. In addition, these minor updates will cost you less than £100 that will increase your device’s lifespan. But it would be better if you were careful where you are putting in the money that is best for your device.

Rather than buying a new computer, see what We Make IT Happen can do with your old one. Our Cambridge shop provides hardware updates that extend the life of your computer and reduce how often you need computer repair.

Do you have any dated desktops or laptops that you haven’t used in a few years lying around? Do you remember how quick and responsive they used to be when you first got them? Now it takes an hour to boot up, and opening a new tab feels like you just asked it, “What do you want to eat for dinner?” It is frustrating, especially in urgent situations. You may have considered buying a new one because that one is dead, but don’t fret because you can bring them back from the dead with a few selective upgrades.

We provide you with the latest storage technology called SSDs (Solid State Drive) that are now more commonly used and highly efficient. Contrary to the conventional hard drive that spin while it works, the SSD has no moving parts. This is the main reason for its success and efficacy. Here at We Make IT Happen, we provide you with the best computer/ laptop upgrades in Cambridge, including high-quality SSDs to upgrade your PC. What is most important is that SSD is on average 12 times faster than HDD. With your new SSD all the apps will open within a click of a mouse. In many, even 10 years old laptops that we upgrade with more RAM and brand new SSD time from the moment of powering it up to fully loaded and ready to work Windows 10 is no more than 15 seconds. 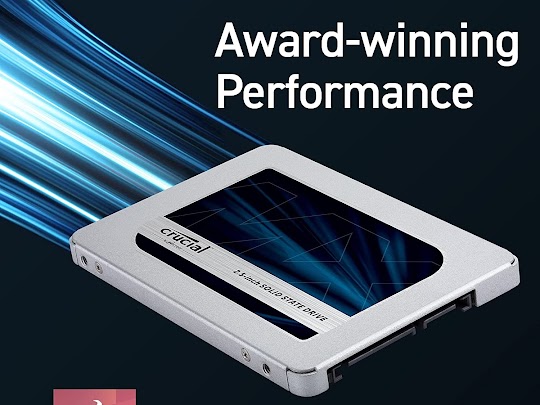 Reasons You Need to Upgrade to an SSD
SSD stands for solid-state drive, an advanced, cutting-edge storage option for computers and laptops without moving parts, speeding up your device’s performance, boot times, and application loading. SDD has overall better responsiveness than hard disc drives (HDD).
There are many reasons to upgrade to an SSD. These include faster performance, higher efficiency, less noise and heat, durability, lightweight, and reliability. If you want to increase your system’s read/write performance, make sure you bring your computer or laptop to “We Make It Happen,” a reputable computer repair shop in Cambridge for quality, reliable, and affordable upgrades.
In addition, SDDs are excellent options for gamers. Although an SDD won’t increase the framerate, it will boot your games faster than those installed on the traditional HDD. An HDD has a read/write speed of up to 180 MB/s. In contrast, a standard SATA SSD has a read/write rate of up to 600 MB/s.
Do you know about M.2 PCIe NVMe? It stands for non-volatile memory express, cutting-edge technology with the fastest bus type that uses the PCIe data transfer lanes on your system’s motherboard.
It is a leading-edge SDD that works like modern GPUs. Unlike a standard SSD drive, the M.2 PCIe NVMe has a maximum speed of 6,000 MB/s or 6GB/s. The problem is that many people with new laptops don’t know about this technology. “We Make it Happen” always advises its clients to upgrade to M.2 PCIe NVMe.

It`s also not expensive as 240GB SSD with high write/read rates is around £45. We can also put your old HDD in a special DVD caddy so you can use it as a second drive for data storage and apps that do not require speed. But Windows 10 and all demanding speed apps like games or photo/video editing software should be installed on an SSD drive for the best performance.

RAM stands for Random Access Memory, and it contains all the data while your computer/PC is on. It does not concern the system’s speed but merely functions to optimize the performance of your device. The higher the amount of RAM you use, the more multitasking you can perform with your laptop. We provide the best RAM computer/ laptop upgrades in Cambridge to avoid all the hassles and lags you might have to face.

Typically, an 8 GB RAM works fine for a Windows 10 system. It`s the minimum to run Windows 10. This is because you can efficiently perform all of your tasks with this amount of RAM. However, if your work requires multiple windows to be opened at the same time along with switching among them and especially gaming then you might need more. That is why we advise a minimum of 16GB RAM to enjoy Windows 10. If it`s for gaming we strongly advise 64GB of RAM.

Not only the size of RAM memory counts but the speed. DDR4 speed varies from DDR4-2133 (2,133 MHz data rate) to DDR4-3200 (or a 3,200MHz data rate) which makes a huge difference in performance so it is important to match the speed to your motherboard capabilities in order to get the best results.

And we are here to fulfil all of your RAM needs!

Even though purchasing a new processor will help you increase your device’s performance, you will still have to upgrade the motherboard. Adding a few hundred MHz won’t make a noticeable difference, but if you have to multitask and move between applications, this might help.

However, if our customers still want to upgrade their processors, we can help them with this. In addition, we can provide the best and most appropriate processor for your device as we provide computer/ laptop upgrades in Cambridge.

Get A Custom Quote
Scroll to top
LEAVE US A MESSAGE
Send via WhatsApp
error: Content is protected !!